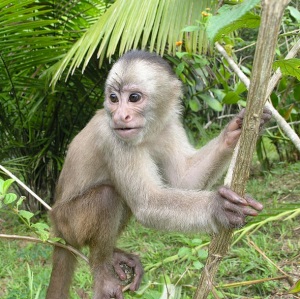 Above: Someone’s social calendar is about to fill up.

PORTLAND, Ore. — Researchers at Oregon Health and Science University have developed a vaccine capable of clearing an HIV-like virus from primate test subjects and which is being hailed as a breakthrough discovery for people who have sex exclusively with monkeys.

According to lead researcher Dr. Caesar Cornelius, “This is truly a magnificent discovery, not only for the medical community at large, but also for men and women all over the world who are in sexually-active relationships with these creatures. Whether it’s a monogamous arrangement with a particular primate or you just like to go out on the weekend and smash a simian slut, your prayers have been answered… finally.”

Added Cornelius, “It’s interesting that, as the theory goes, humans initially developed our strain of HIV from deviant, sexual interactions with our evolutionary counterparts and now, it would appear, we learn that the cure has been under our noses the entire time. The best way to protect yourself from the virus is to forego intercourse with humans and stick to seducing monkeys. You know, like we did in the early ’80s.”

Cornelius concluded his statement to the press, saying, “I suppose that’s just the circle of life.”