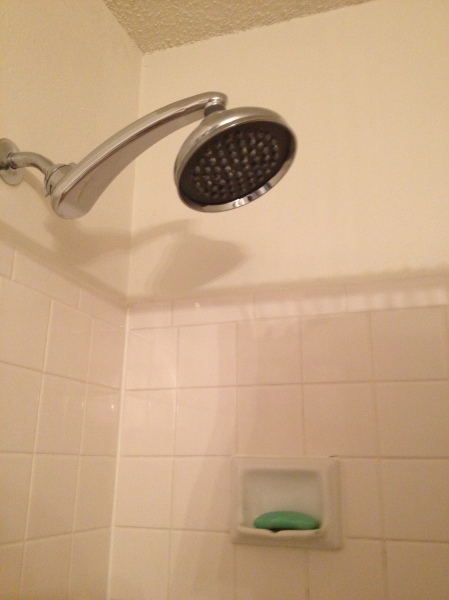 Above: The suspect was caught “lingering about” the scene of the crime.

TAMPA, FLA –A shower head, which officials are describing as “sadistic in nature,” has been detained by authorities for allegedly using a perfectly-timed, drastic change in water temperature in a brazen attack on an area man’s genitals, police reported earlier this morning.

According to the report, the victim, whose name is not being released, was showering himself at around 6:30 a.m., an hour before he was to leave for work, when the shower head allegedly shot a sudden blast of extraordinarily cold water at the exact moment the victim began rinsing his thoroughly-lathered genitals, causing irreparable psychological damage to the victim, though minimal physical harm was reported.

In a statement, local police called the crime “one of those things that happens every once in a while and really pisses you off,” adding that, given the nature of the attack and the area targeted by the perpetrator, the victim will “probably need counseling of some kind before he can ever trust another shower.”

At press time, police had reportedly brought in several appliances and fixtures for questioning in connection with the crime, including the washing machine, toilet, and sink, as well as the victim’s girlfriend who police say may very well have conspired with the other suspects to orchestrate the whole thing.