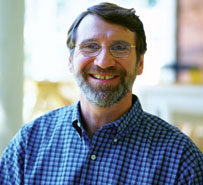 Experts claim that all of the sheds are currently in stable condition – if not downright sturdy condition – and, knowing Norm, will probably last a lifetime.

According to the firsthand account of Larry Garbowsky, who was among those affected by the senseless sawings, “It was around 3 o’clock this morning and my wife and I were sound asleep. All of the sudden, this crazy ‘BUZZZZZZZZ’ sound wakes us up. I jump out of bed and run over to the window to find out what all the commotion is about, and what do I see? Damned if it isn’t that Norm guy from “New Yankee Workshop” down there in my yard cutting two-by-fours on a pair of saw horses.”

Asked if there was anything he wished to say to the man responsible for carrying out this act of carpentry, Grabowsky shrugged, adding, “Thanks, Norm!”

At press time, sources close to Norm reported that he wasn’t working for any larger organization at the time of the sawings, but that he just really loves what he does.